Arlene Phillips made Dame by Her Majesty The Queen 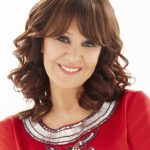 Choreographer, television judge and showbiz legend Arlene Phillips has been made a Dame as part of the 2021 Queen’s Birthday Honours list.

Dame Arlene, who has choreographed numerous West End and Broadway musicals, films, and television shows, has been recognised for her services to dance and charity.

A statement from Dame Arlene:

I am immensely thrilled and honoured to be recognised as a Dame by Her Majesty Queen Elizabeth II for services to dance and charity. This is truly the highest recognition I could ever have dreamed of.

I’m so grateful to this country for giving my immigrant grandparents a safe country to live in, and to my parents who were inspired by music and the arts. Despite having very little money growing up, we were taken to see dance and it changed my life.

I want to thank everyone who has supported me in every way; my family, friends, the wonderfully talented people I have worked with, and the audiences who have cheered and supported the projects I’ve had the privilege to be involved with. To be trusted to create for films, theatre, television, and to bring enjoyment to people’s lives, as well as being able to use my profile to help others in need, is so special and something I am thankful for every day.