Yorkshire actress Natalie Anderson is best known on screen for her much-loved portrayal of Alicia Metcalfe in Emmerdale (ITV) and Stella Davenport in The Royal (ITV); and on stage, for playing Nessarose in Wicked (West End) and originating the role of Lauren in Kay Mellor’s Fat Friends (Leeds Grand & UK Tour).

On stage she most recently played Lady Capulet in the West Yorkshire Playhouse’s production of Romeo and Juliet, winning critical acclaim.

Other credits for screen include Freight, Holby City, Wire In The Blood, Dalziel & Pascoe, and the Biz.

Natalie is an accomplished singer; in 2013 Natalie was crowned the winner of ITV’s celebrity singing/impressions show Your Face Sounds Familiar, performing as Kate Bush, Bonnie Tyler, Britney Spears, Justin Bieber, Mariah Carey and Jessie J, where she won over £100,000 for charity.

She released her debut album Return to Me in 2008 and has performed numerous times at The Royal Albert Hall as part of the TV Times Christmas Carols With The Stars charity concerts. She was also a finalist on ITV’s original series of Pop Idol in 2002.

Natalie is a regular guest presenter on ITV Daytime, covering features, competitions, fashion and travel items, and has performed the role of Showbiz Editor on both Daybreak and Lorraine. She also frequently guest presents the breakfast shows on Bauer Media’s Radio Aire, Hallam FM and Viking FM and is one third of the Mishaps podcast.

In recent years, alongside her acting and presenting work, Natalie has established herself as a lifestyle influencer with the development of her online platform and brand The Capsule. The platform produces content across the lifestyle sectors including fashion, beauty and wellbeing, with a strong focus on women’s mental health. Alongside the online platform, the brand has recently moved into producing live events with an aligning podcast presented by Natalie called The Capsule in Conversation. Natalie has written for Grazia, Hello! online, and is also the resident lifestyle and wellbeing columnist for UK business magazine Topic UK. 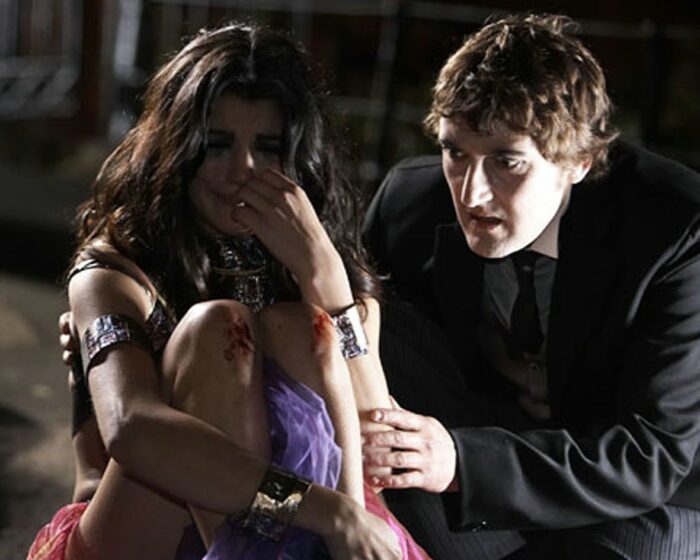