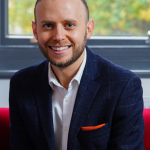 Chelcee has two huge passions in life – music and football!

Chelcee has two huge passions in life – music and football!

As a singer-songwriter, Chelcee’s first single ‘Just Like That’, only intended to be a soft release, but it blew up and landed in the Spotify New Music Friday Top 10 along with coverage from MTV, Cosmo, Wonderland Magazine, Gay Times, Marie Claire and more. She has since gone on to write for artists such as Dua Lipa, Zara Larsson, Kylie Minogue, Olly Murs, Stanaj, Little Mix, Tom Walker and Jonas Blue to name a few.

Her most recent writing collaboration with Dua Lipa on the album Future Nostalgia earned a Grammy Award win in 2020 for Best New Album. You can watch Chelcee’s writing process with Dua Lipa in her episode of Song Exploder on Netflix.

To add another string to her bow, having presented during the BBC’s Women’s World Cup coverage, Chelcee has now been assigned as one of the lead anchors on MOTDX – a prime time BBC3 football show about the lifestyle and culture of the Premier League. Chelcee continues to be a notable name for TalkSport, BT Sport & BBC Sport for their football coverage, as well as Channel 5’s NFL End Zone. Chelcee joined the BBC4 presenting team for the 2021 Eurovision Semi Finals alongside Sara Cox & Scott Mills.

Recent guest appearances include Crouchy’s Year Late Euros (BBC), The Daily Drop (ITV), Celebrity Juice (ITV2) & A League of Their Own (Sky). She also regularly features in the Rest of the World team for Soccer Aid on ITV.

In 2022, Chelcee starred in 2 major prime time TV shows; Freeze The Fear with Wim Hof (BBC1) and The Games (ITV) where she finished top of the Women’s leaderboard and second overall.

She’s a keen gamer and spends her free time focussed on FIFA!